“From reading and listening I think this relationship could be characterized by a dichotomy of making\finding. Mapcore rides the backslash.” - @juje

“I’m a fly on the wall of the house that mapcorps builds, and it feels to me maybe a bit like a map of the House of Leaves, or like each time you open your GPS a different layer is turned on, like one time it shows peak foliage viewing, and another we see the geological composition of surface minerals, then what restaurants are open until midnight, then how slime mold would distribute itself compared to the Interstate Freeway system. I’m super into it. Sending appreciation to y’all.” - @wheelersounds

“Mapcore is whatever you make while finding your way.” - @reg.barkley

“I have been thinking about mapcore a lot.”

An Attempt to Identify Formal Elements of Mapcore

Mapmaking defines something indefineable. Mapmaking is a violent and destructive act, a symbolic act of world creation. What you see on the page is not what it purports to be. It is an act of trickery and magic, crushing an infinitely dimensional space into two or three or maybe four dimensions. It is the creation of an alternate reality, it is storytelling, and in that way it can elide or occlude the truth. But it can also reveal truths otherwise obscured, truths that can be dangerous in the wrong hands. Property lines, border lines, fault lines of all kinds (my fault? your fault). False separations become true separations, truth becomes a thing of the past… “but it says, right here on the page!”

Mapmaking, in the hands of time-travelers who know they draw powerful spells on the cracked parchments, is a tool for building utopia. There is no pretention that we are drawing the world as it is — the world simply is, metaphor will never suffice. Let’s cast a spell for something else, maps for the people, maps that do not erase us but scribble us into landscape. Doodle me daddy I want to be a gnarled tree in the map of your sanctuary.

mapcore is outside your comfort zone

The term “mapcore” was coined on June 5th, 2021 by @echophon and @swampstinks during the Islands of Stability performance at Flash Crash 210605. Other viable names are: 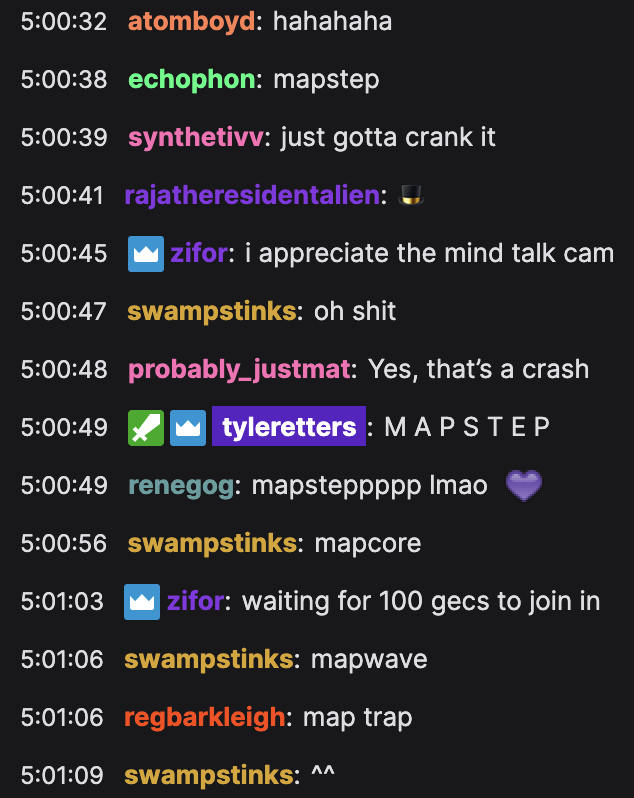 “Map,” of course, comes from the Maps with Trent series. 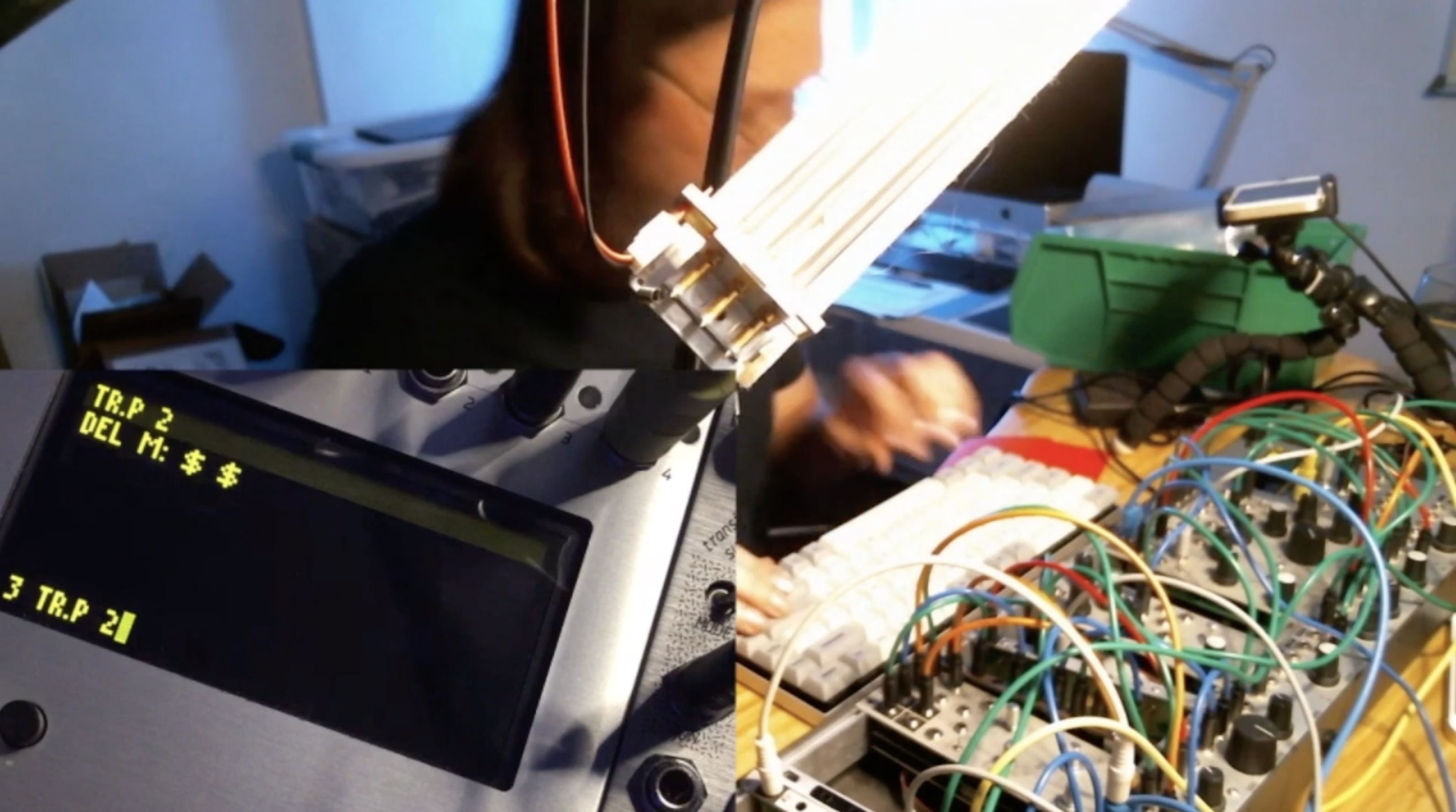 4 hours, 58 minutes, and 46 seconds into Flash Crash, Trent dropped the DEL M: $ $. Chat’s response could be summed up with this gif:

Chat was quick to realize what was going on: